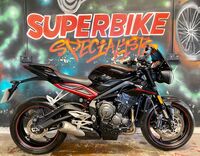 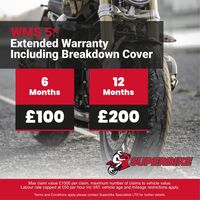 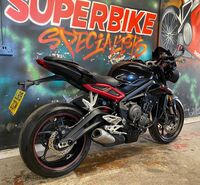 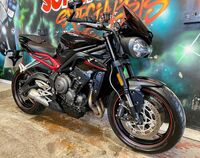 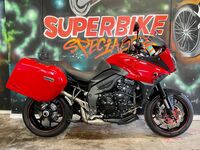 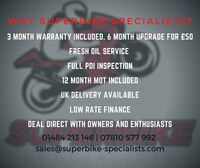 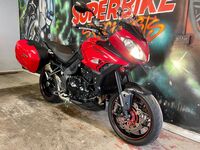 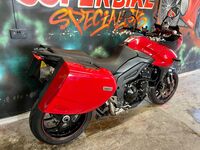 Triumph is a British car marque with a long history of producing superb vehicles that are sought by classic collectors all over the world.Tracing back its history to the early 1900s, cars such as the Triumph 10/20, 13/35 and the Fifteen show elegant designs that canbe seenin early films of the time.Later on, the Super 7, 8, 9 and 10we developed, initially as a response to the Austin 7.Together with the Triumph Gloria, Vitesse and Dolomite, these old classics can be seen in museums and at many shows. Later in its life, many cars were released to satisfy the needs of a post-warpopulation. The 1800 Saloon and Roadster oozed 40s style and were followed up in the 50s by the Renown and Mayflower.The Triumph range flourished again in the 60s and 70s with the TR4, TR5 and then the most famous of all, the TR7, probably one of the most popular Triumphs ever. Call 01484 213146 to find your next used Triumph, or come and visit us at our showroom -Superbike Specialists in West Yorkshire